I have treated myself to a new camera this Yule. I recently bought a little Nikon S210 to use as a carry around camera. I persisted with it for a while but really hated the lack of responsiveness and also hated the shockingly poor menu system. It therefore went on ebay and with it now sold the decks were clear to choose another small carry around camera. I narrowed it down to two favourite choices, the Canon G10 with 28mm wide lens and 5x zoom, or the Panasonic LX3 with 24mm wide angle lens and only 2.5x zoom. I already have regular access to a Canon G7 which is like the G10 but with no RAW file capability and with no wide angle capability; it is otherwise a very nice camera and really easy to use. As you can imagine then I was disposed to like the G10 when I picked one up in Jessops. My first impression was that it felt fast and very responsive with a great screeen. My second impreession however was, oh no, its too big. And there’s the problem, the G10 seems to have got fatter as they have added features, and so it would take a large pocket indeed to have it with you as a carry-round camera.

Here are some comparisons with a Canon Ixus 850 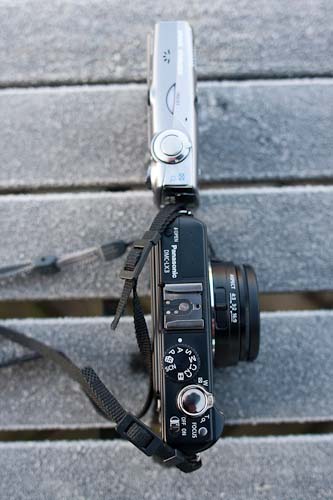 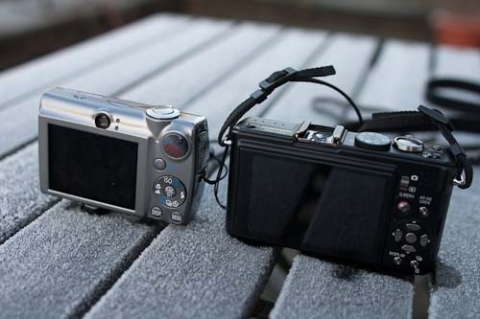 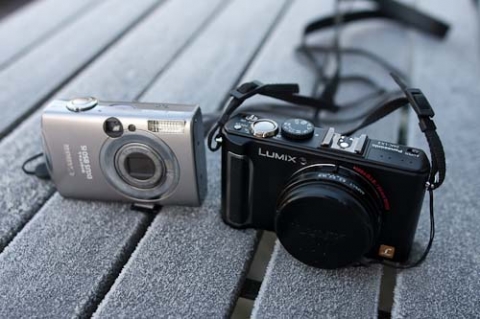 So what of the LX3? It is a little smaller than the Canon G10, but still a little larger than a true compact due to its permanently protruding lens. The bottom line is that it won’t be comfortable in an inside pocket, but most jacket pockets will be fine with it. It is small enough for most of us, but if it must slip into an inside pocket, look elsewhere.

The next thing I have strong feelings about are the the controls on the Panasonic. They are a mixture of tiny switches and a little fiddly joystick and they are just north of horrible. The camera feels like it is cast in solid steel and feels like a quality mini-rangefinder, but the controls are pure “Toys’R’Us”. You get used to them, and although you can mis-hit the joystick even after practice, they generally don’t get in the way, they just don’t inspire confidence. This is a problem for Panasonic because the user interface with its rotary dial on the G10 deserves awards, it’s brilliant, simple and solid. Overall though, it is a pleasant camera in the hands mainly due to a really good clear screen and a really solid weighty feel. The menus are simple enough, clearly laid out and won’t cause any of us any great problems.

In use, the Panny is pleasant and fairly responsive (quick to respond to controls like the shutter), but it’s not capable of instant response; as a reviewer said elsewhere, it never feels like a problem; I would go with that, it would not be a choice for sport photography, it would be too slow, but for other uses, street, landscape, portraiture it feels fine. At ISO 80 and 100 it gives gorgeous results with real detail and no noise, by ISO 400 there is noise but in my view it’s totally useable, but by 800, you are hitting the buffers, you will get some useable shots, but it’ll depend on them not having a lot of black areas and low light patches that tend to show noise. When you look closely at ISO 800 in jpegs, the noise reduction has taken a sledgehammer to the fine detail, but from a more normal viewing distance it looks OK. 1600 ISO is as poor as you would expect on a compact camera with a little sensor.

The wide lens is really nice, it is surprisingly wide in use, and would certainly delight landscape and street photographers. It could have done with a little more at the telephoto end but again you buy the Panasonic to indulge wide to normal angle photography like landscape and street, and for this it is a great camera. Now that Adobe have released a compatible camera raw version and Lightroom 2.2 also supports it, I have tried RAW files with it. It is certainly a luxury and they do give a little more latitude for adjustments than the jpegs, but for many users of the little panny it won’t be worth the bother, the exposure and internal adjustments of the jpeg make the pictures really nice straight out of the camera. I am using RAW and Jpeg together because I don’t need the speed and I never want to be stuck with a picture that I can’t adjust as much as I want in Lightroom. So as A DSLR user’s carry about camera, this ticks the right boxes and is nice below 800 iso.

So my first impressions: I have had this for about 2 weeks, and have carried it with me a lot and it has been easy to have in a pocket or my work bag So it scores well for it’s primary purpose, always being handy. It is pleasant to use and has decent noise performance for a small sensor camera if you don’t have unrealistic expectations. Overall I’m happy with it, but I’m always aware that you need to live with a camera for a whiloe to really know for sure, so I’ll post an update or two as I go along. 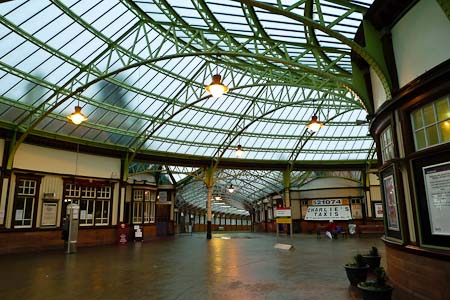 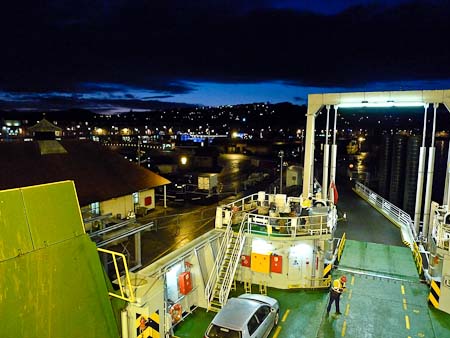 ISO 800: An Eagle Owl from the Loch Lomond Bird of Prey Centre 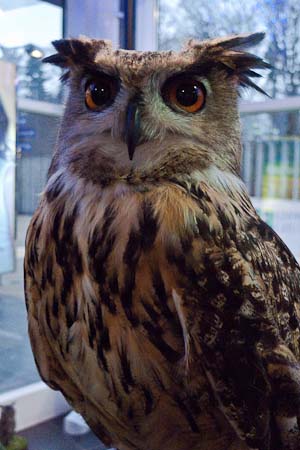 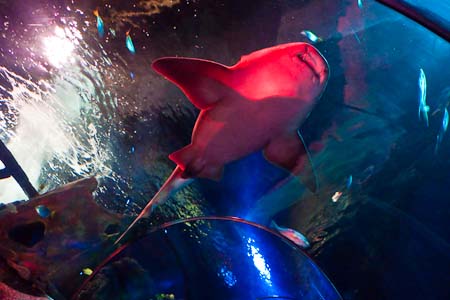 ISO 80: And finally an HDR of the foredeck of the Gourock-Dunoon ferry in good light. 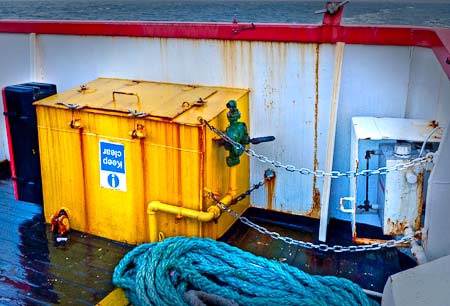