It is nice to start a year living in the same house as my girlfriend. Instead of having to guard our weekend time selfishly, we can indulge things like cycling for health and fitness again. I had my third Sunday cycle in a row today, admittedly a mere 19.5 miles, but actual exercise. I generally ride an ageing but beautiful Trek carbon lightweight racing bike, so I only carried my tiny Canon S95 in a pocket. Sometimes it stays there, but there were hints of nicer light for a change, despite the grey and rainy start today had. The first picture is from the little road bridge at Cairn Baan on the Crinan canal. The light was still largely grey, so I cut out the sky and just tried to frame the locks. 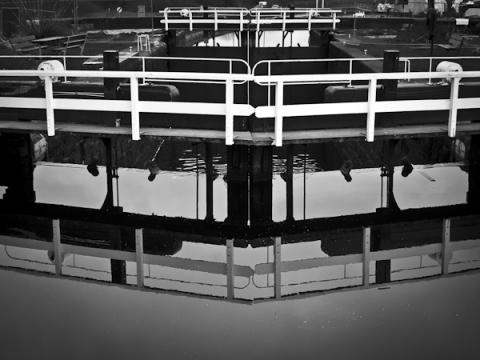 This one is from a little further along the canal, at Bellanoch. I thought I would have fun with the HDR mode in the little camera. You are supposed to use a tripod, but I settled for a handrail and a steady supporting hand. The result is surprisingly usable. 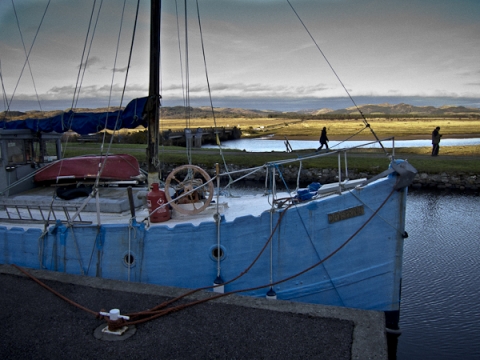 What I love most about the road by the Crinan Canal, is the oddly un-canal-like man made cut next to the sandy flood plains. I never tire of seeing these. I had to climb a little knoll and pull aside some branches to get the following two images, but they were fun to do and added to the fun of the outing. 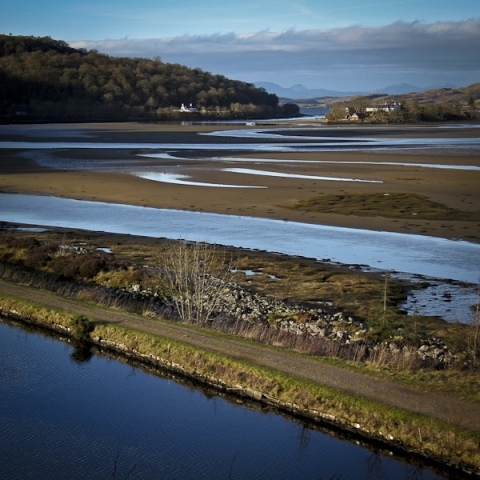 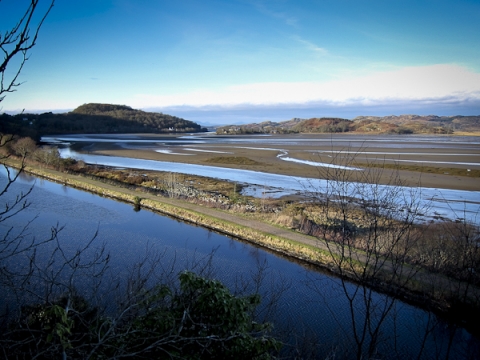 Last images from the basin just beyond Bellanoch. The second featuring a treatment from lightroom’s presets, “yesteryear”. 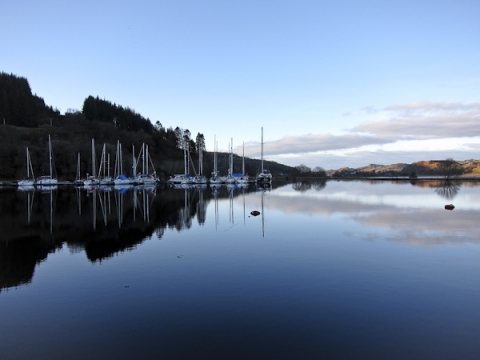 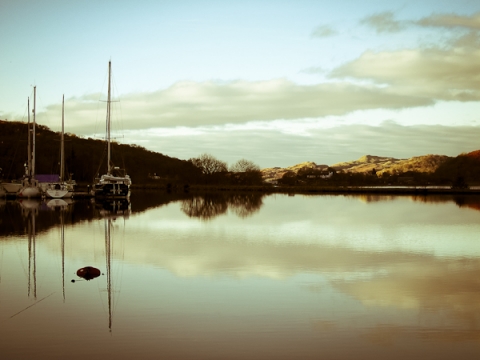