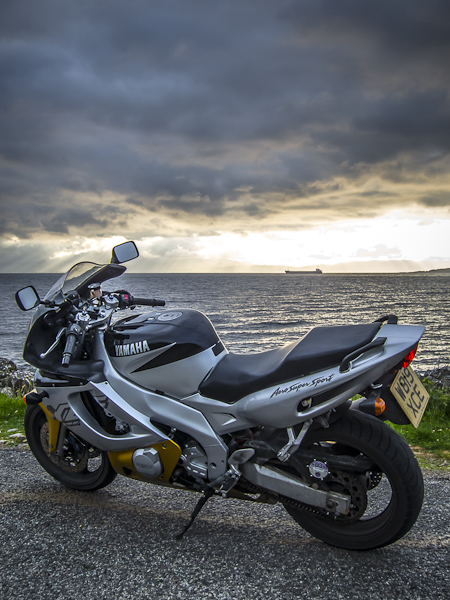 Last night I had a very brief hurl around the Kilberry road on the Kintyre peninsula and stopped to admire the cloudy Jura view. Just as I do when cycling, I carry my little Canon S95 compact with me so I grabbed a snap. The interesting thing for me is the sheer flexibility of RAW as a format. I mostly use the S95 in Aperture or in Programme mode if I am in a hurry like last night. Aperture mode lets me control most of my depth-of-field (DOF) although in a tiny sensor camera like the S95 it isn’t so critical as the DOF is huge anyway relative to a DSLR. The Raw file lets you do some big processing if you are of a mind in a way that the jpeg offerings from most compact’s simply don’t. In this file I was able to darken the highlights and lighten the shadows to almost HDR-like quantities. Of course I could have used the S95’s HDR facility and had it take and merge multiple exposures, but that would have required a tripod which I wasn’t carrying. This HDR like effect is from a single exposure! I also improved the contrast and sharpness in the sky and the foreground road with the Lightroom brush tool. I pushed the saturation and the luminance of the gold panels on the Thundercat as well as the strip of grass to make a dramatic contrast. Finally I painted on lower colour saturation to the number plate to make it less distracting. All these changes possible from a RAW file on the tiniest RAW camera I have used. Perhaps you would like to see the original file straight from camera? 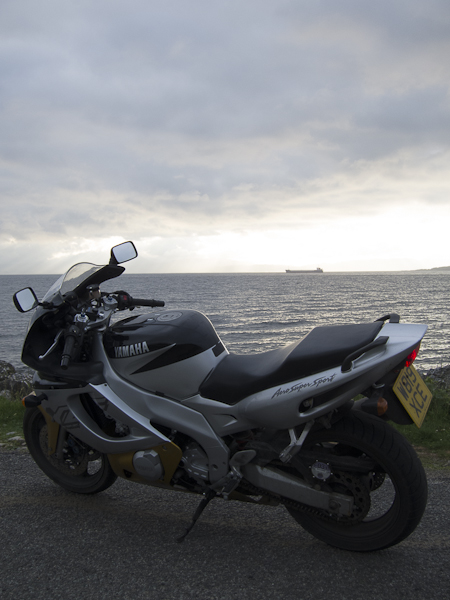 Seriously, this is a powerful, genuinely jeans pocket camera.