Oban With Tommy and Isobel

It was strange being in Oban last weekend. When we lived in Lochgilphead, Oban at the weekend was pretty much every second week as an activity. It has now been a year since we have been there, so it was great to have a wee visit for dinner and a swim with Grandpa for wee HB. After dinner was over, at a place on the pier, the sunset began and I demanded that Julie pop outside for a quick picture. There was a moment of golden magic in the sky, but it didn’t last very long. You really have to snatch the opportunities when they come along. This one used my 500D’s pop-up flash to fill in Julie’s face and prevent her becoming a Julie-shaped black hole in the image. I am really delighted with this picture. 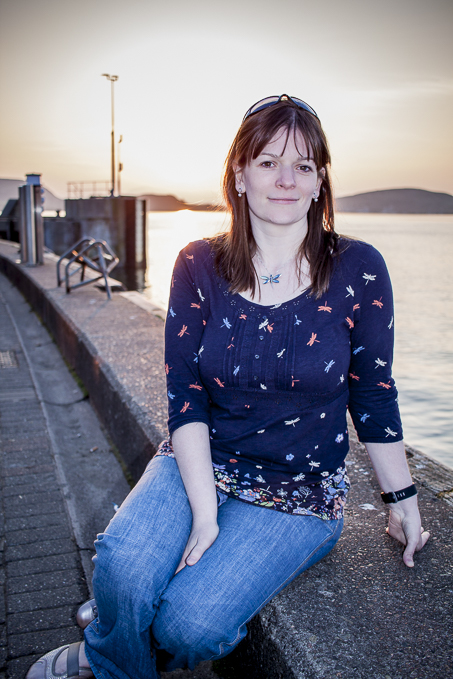 This one is taken a little later, after the sun was completely down, the technique was just the same. HB is becoming a wee poser. Her blue coat against the complementary bollard is a lovely colourful touch here. 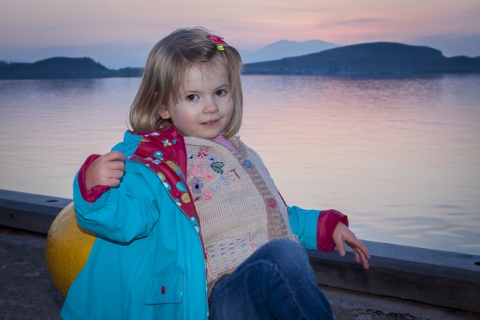 Just a little bit before dinner I think, a family snap. I like the rim-lighting given by the strong backlighting from the low sun. Halos all around. 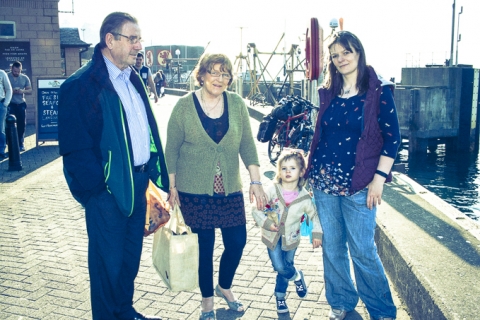 I love this rare photo of Isobel. I could have got a stronger effect if I had used the fill flash technique again, however Isobel’s glasses are very reflective and the flash reflects far too strongly from them for it to be a natural look. The equalisation of levels is all done with Lightroom afterwards here. I don’t think the picture could be done with the sun much higher is the foreground and background brightness would be just too different. I love the sheer warmth of this one. I added a little medium grain as it so often ties a picture together when there has been a lot of processing of levels. 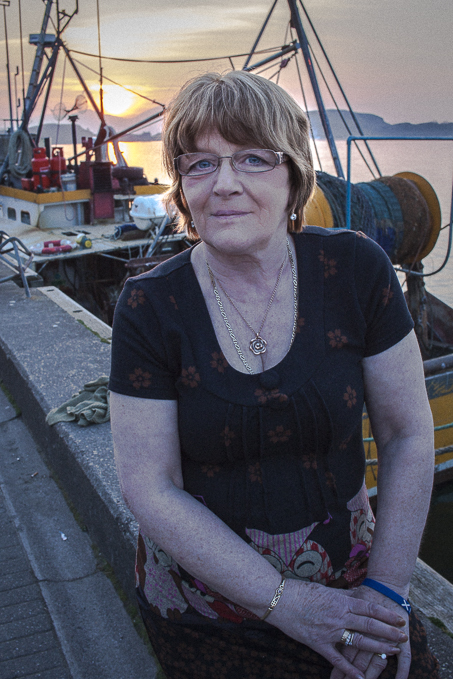 Here is the same boat as a sunset landscape. 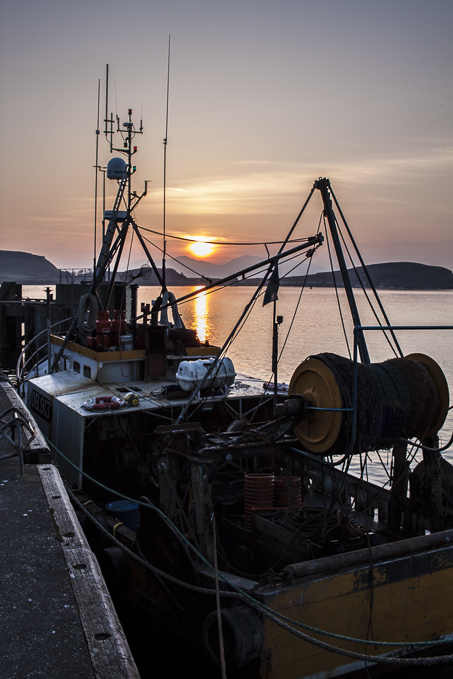 And one final handheld grab shot of the bay.  Oban is blessed with a gorgeous west-facing bay which gets the very best sunsets. 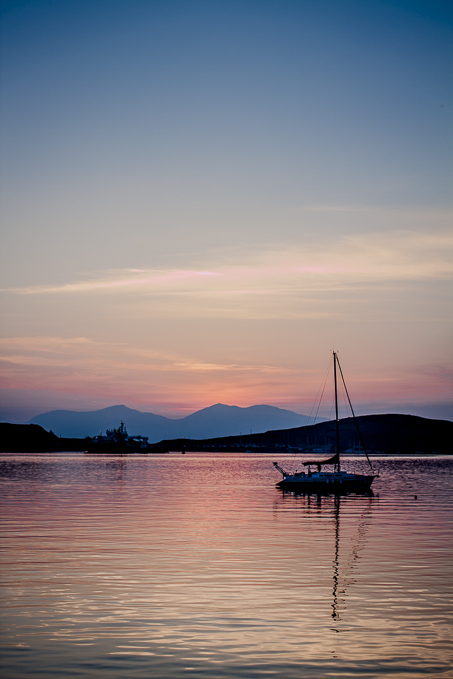 The combination of my elderly 500D and just two pancake primes is working really well. I included the lens choices with the images just to illustrate how versatile these two small lenses are. The combination is still more bulky than I would wish, but it does fit in my messenger bag with room for an ipad and a few other bits and pieces.