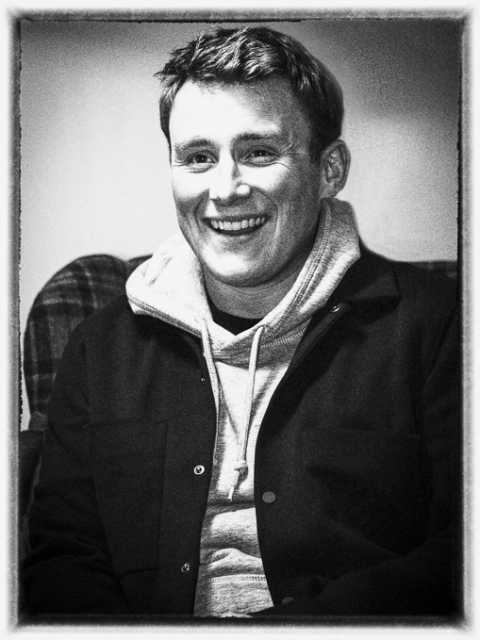 This extremely handsome and likeable young man is Tom. He is the son of a friend and last Saturday night he joined us as a few of us sat chatting. He happened to sit in a chair with a downlighter-standard lamp above and to the right of his head. I was immediately struck by how nicely the light was graduating his face. Here is the thing that a photographer, even an amateur one has to do: “Tom, do you mind if I just take a quick picture of you?” Tom’s slight surprise as I produced my very discrete OMD-10 micro four thirds was overruled by what is clearly a strong disposition to politeness and charm; the picture was on! I took a few and then realised that there was too much shadow on his face and so some fill flash was needed. When I used the tiny on-camera flash it threw horribly harsh shadows on the wall behind him. I then improvised with a piece of kitchen towel as a flash diffuser, and amazingly this improved it no end. I removed what remained in photoshop using the clone stamp tool and did a monochrome conversion. The colour balance of the domestic lighting in houses, especially with more than one lamp can really mess up the white balance and introduce colour casts; sometimes it is simply the most sensible thing to go black and white to remove that element. In this case that measure was less to remove the colour cast, which was only slight and more to minimise the distracting effect of the eye-catching tartan chair wing.

So the message is: Get brave and ask people if you can photograph them; what is the worst that can happen? In this case I am so delighted with Tom’s picture and look forward to photographing him properly sometime!