Sorry about the thin posting since my session with Sarah Jane and Paul. It’s just as well I did that when I did as I was away all the following week walking the Great Glen Way between Fort William and Inverness (73 miles) and the day I was travelling back Sarah Jane delivered! The way was a great experience and I can recommend it to anyone who enjoys distance walking; my only previous experience has been the West Highland way which was really tough but fantastic. This wasn’t as good, but it has lots of interesting features that are all its own and it won’t disappoint. The week was characterised by dry but generally grey and dull weather so it was often a photographic challenge and much of the trail follows unchanging canal tow-path so once you have one picture, you have the flavour! Anyway, enough excuses here are my favourites: 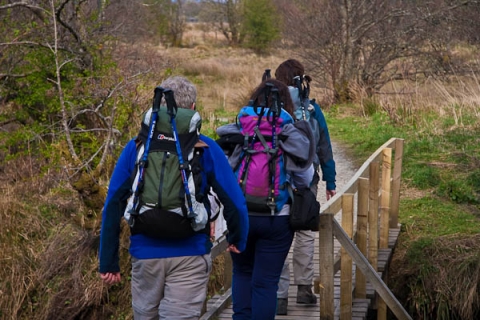 The rail bridge from the “soldier’s bridge” leaving Fort William with Ben Nevis behind: 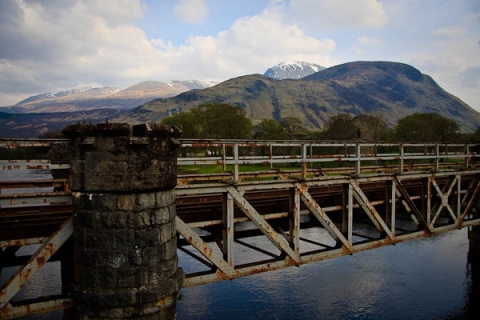 It can be hard to explain why you like certain pictures, but for me the juxtaposition of what looks like ex-council housing with the mightiest mountain in Britain and Scotland fascinates. The path you walk is clearly visible on the right: 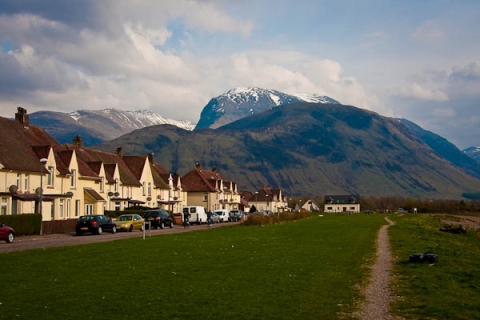 The view of Loch Linnhe from Caol near the start of the Caledonian Canal. Fort William just visible on the left: 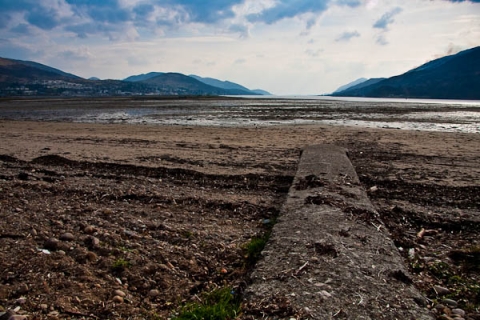 Still on day 1 of the walk you encounter the amazing “Neptune’s staircase“. This lifts or drops boats 20 metres in 8 huge locks. It was a Thomas Telford creation: 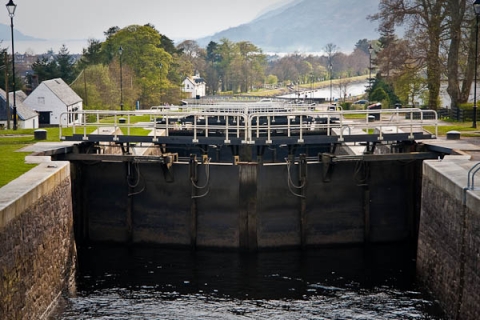 This is typical of the Caledonian Canal between Fort William and Gairlochy where we finished day 1. Starting a 10 mile stretch at 4pm left us dangerously late for dinner: 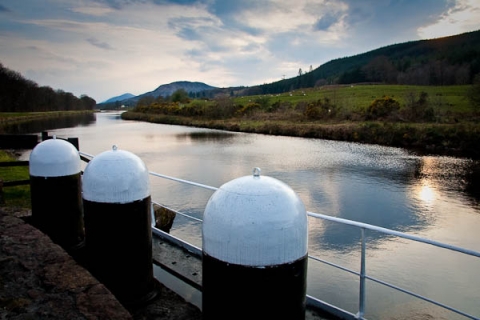 Catherine knackered but undaunted after the first (painfully flat) 10 miles. There’s something about flat walking that shows every painful bit of your boots in a way that hillier ground doesn’t. It must be because the same part of your foot takes the same stresses every step whereas angles change all the time in hills. Anyway on-board flash used on a low setting here to counteract the growing twilight: 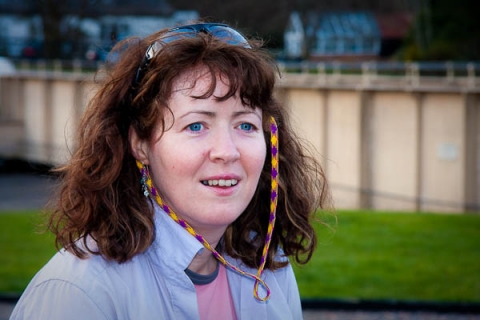 At the same time Gerry who hasn’t had a blister in his life was showing off his wafer thin business socks. Swine! 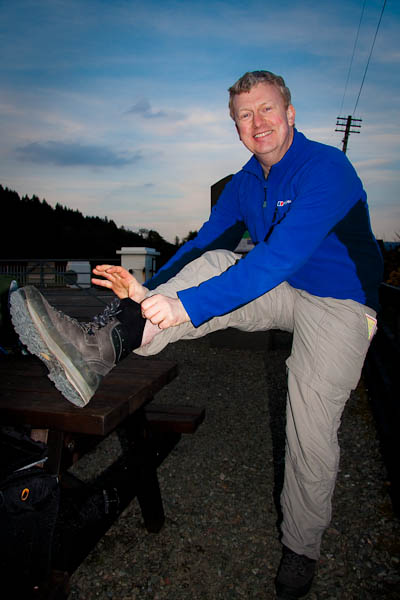 Day 2 now and you start immediately on Loch Lochy (unimaginative name! The loch that’s a bit lochish?). The main feature of the way makes itself apparent now. You had better ready yourself for the challenge of photographing forests, because that’s what you’ll be walking through lots of. Here’s an attempt to catch the amazing and sometimes overwhelming presence of the trees: 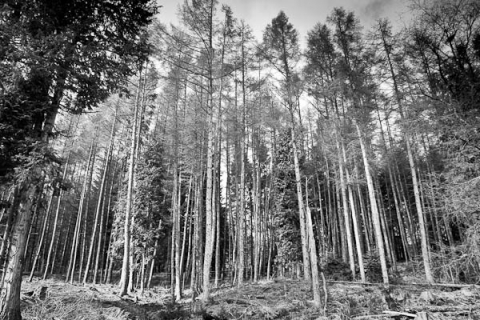 This trunk was just plain confused, but eventually it got the hang of “up”: 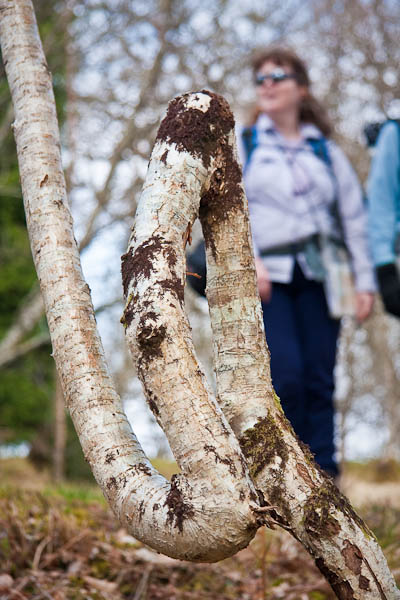 Getting out your macro lens can just bore your companions so when all three toddled off to visit some featured small church I indulged my perverse needs and started with a dandelion that must have thought it was safe from photographic molestation: 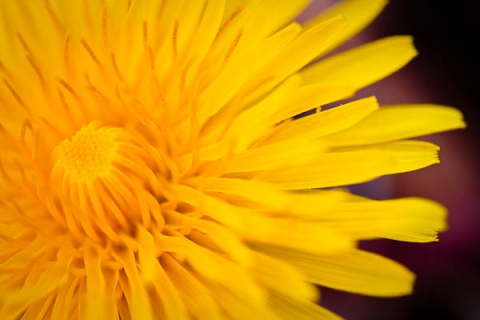 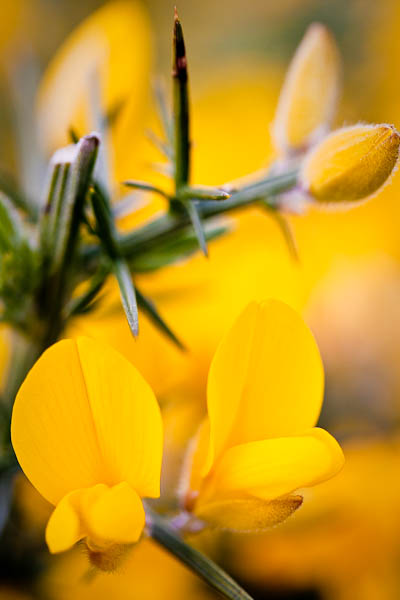 Then a lochside primrose: 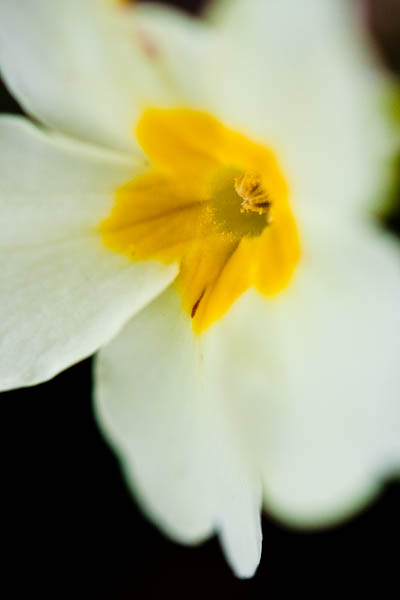 The party reunited we walked on and saw this grouse that insisted on watching us from behind thickets of  twigs. My 70-300 gave me a shallow enough depth of field to isolate it from its dense refuge. It still led me a merry dance to see even this much of it: 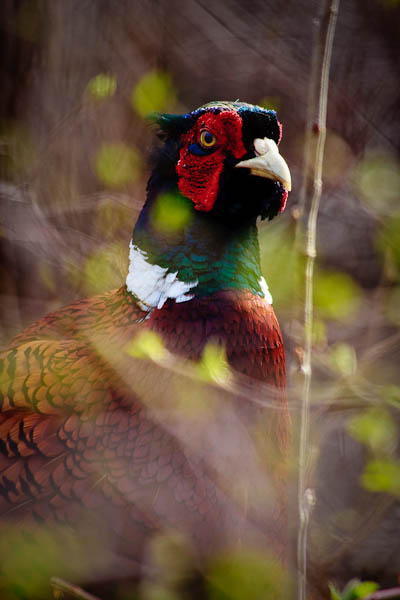 A moment later these tiny wallflowers distracted me. You can’t be a fast walker with a camera. I think they are blue violets; they were growing on an embankment: 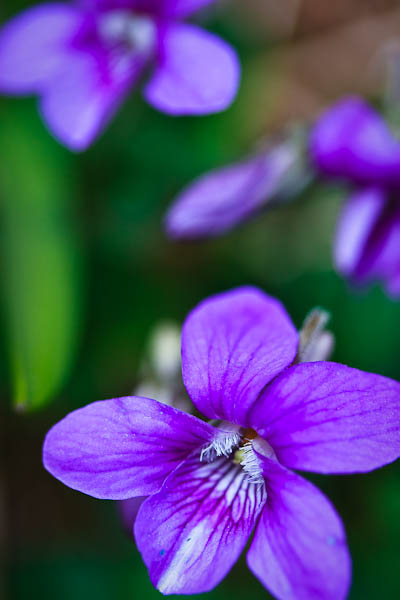 Who could resist photographing this Loch Lochy scene: 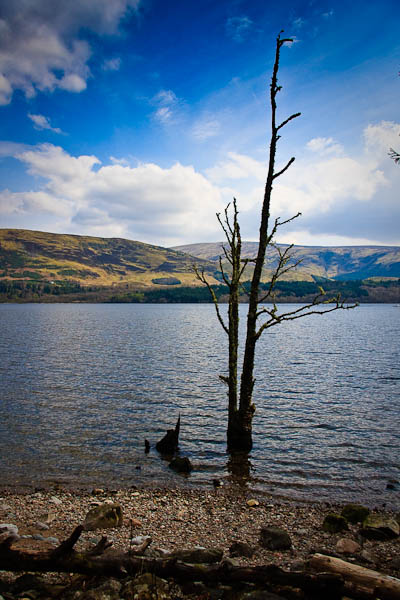 Here’s Elisabeth taking day 2 in her stride with a sensible sized camera at her waist, unlike my Canon 40D on my waist: 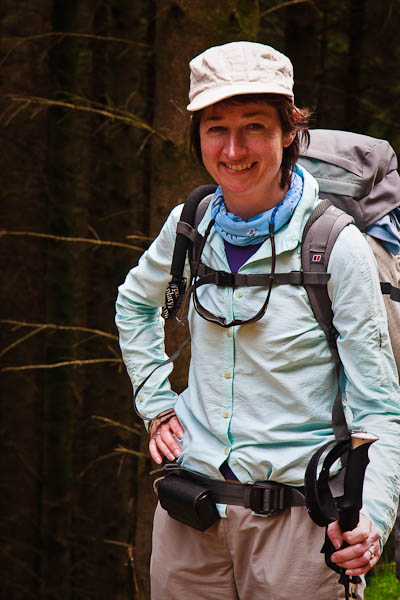 Just as you approach the Laggan Locks at the head of the loch you see this copse of trees and a thoughtfully placed tractor for passing photographers. I owe this farmer a pint: 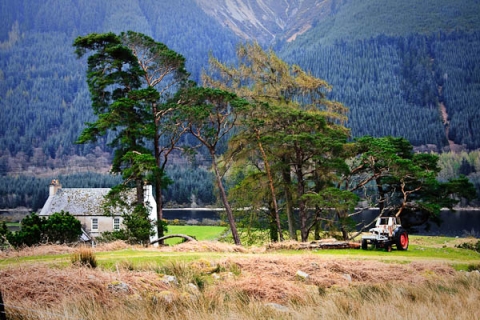 We were glad to see the lovely Laggan Locks and the dying light I think helped the atmosphere: 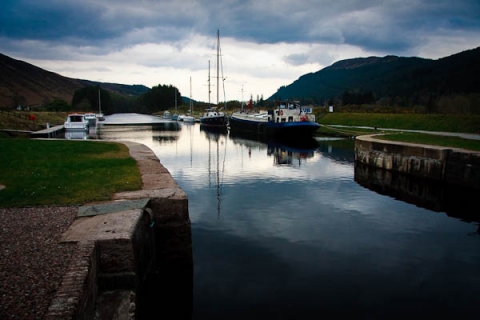 More of the locks: 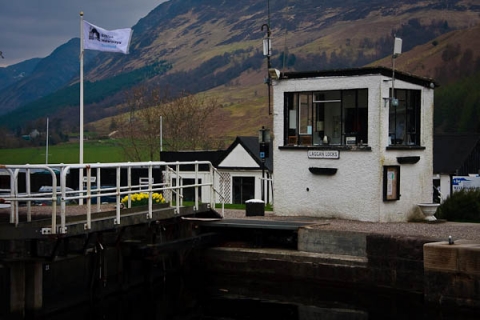 With 21 miles under their belts, two tired kittens contemplating how little working life prepares you for long days on your pawsies: 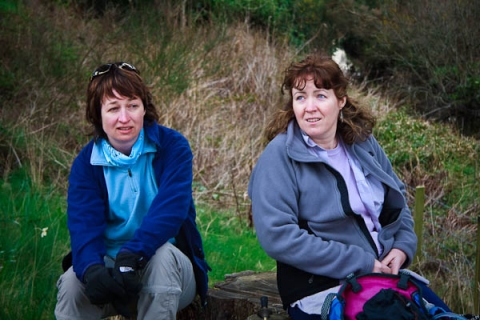