My Bike at Keils 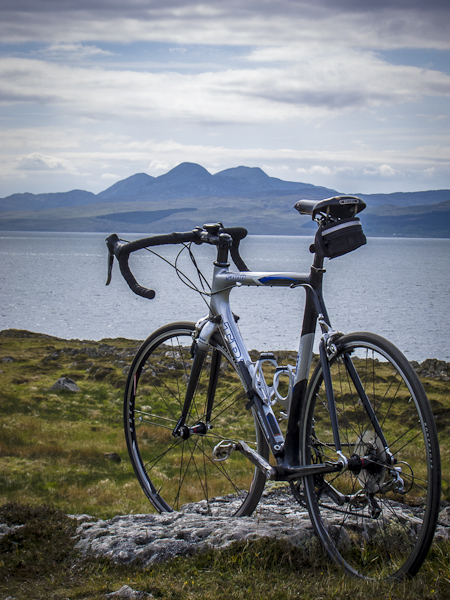 I love my gorgeous bike as I may have mentioned before. Today it carried me to Keils on the Tayvallich peninsula which has a lovely view of Jura and it’s eponymous paps. There was a cleft in the rock outcrop which I climbed to get a better view which just said “put the Trek in it and photograph it”. What’s the chance that Trek will be in touch begging for this one to market to the niche of cyclists who like Argyll roads? Seriously though, the screen on a compact camera is truly useless in bright light. I know it is useful to be able to stick the little S95 in a jersey pocket, but I hope they bring one out with a viewfinder; it’s a real need whatever the manufacturers would have us believe; I basically saw a vague bike shape and pap-shadow-forms, but nothing much else.