I have had a long gap since my last portrait session, largely due to work pressures and the hassles of having a tiny girl around at the learning to walk stage. It was a great pleasure therefore this weekend to meet with Argyll artist Margaret Ker for a proper, no distraction portrait session. Margaret and her husband were really great hosts, and I had one of the most pleasant Saturday afternoons I have had in ages, drinking Earl Grey, talking art and photography and taking pictures. Margaret was so great to work with, with such a genuine interest in the process of people photography, that I pretty much forgot to be nervous. It never ceases to surprise me, that a body of portraiture behind me indicating that I can get a decent portrait from a session, seems in no way to prevent thoughts like, “I have no idea how this is going to work” , or “what if I can’t make this work today”. I think the long gap in time had made me even more vulnerable to these thoughts than usual.

The first two portraits show Margaret in front of one of her tree paintings. She loves painting trees in particular! 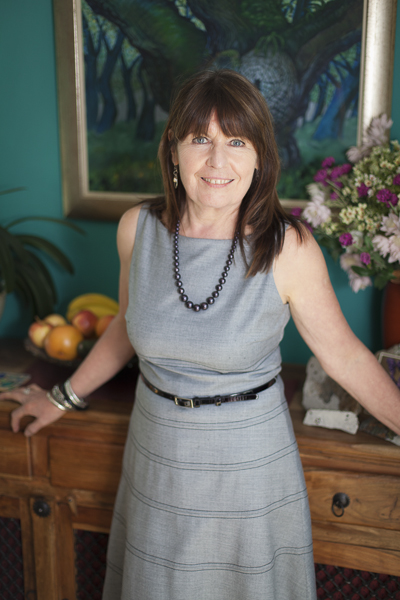 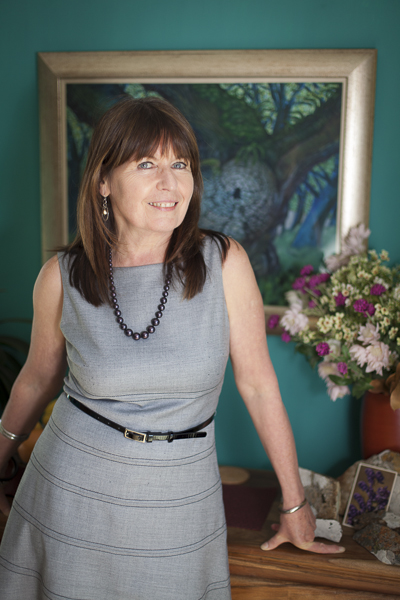 Margaret has recently retired as an art lecturer from a Glasgow college, and she has picked up a few different media and techniques over the years. The work behind her is one of many featuring natural slate, skilfully assembled on board. From a photographic viewpoint, Margaret’s house has a lot of colour in it, and different rooms seem to have different coloured walls. The wall here was very complementary to Margaret’s really lovely eyes. 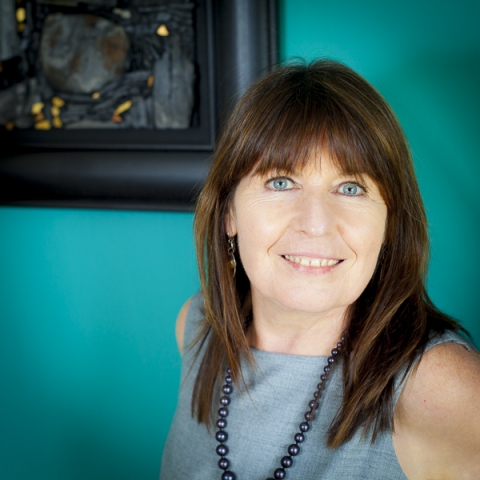 Another room, another colour! I had a seat in this monarch of sofas, and I have to tell you it was almost “end of session”. I could have read a book curled up in this for some happy hours; talk about comfort. I digress however, Margaret feels the same about it, and so I thought a few showing Margaret in this very happy habitat would be fun, and give some variety to the shots. There is an old-fashioned feel to this scene which I can’t quite explain, but I really love. Placing Margaret so centrally in this picture, while having her leaning toward the viewer accentuates her confidence and presence in that she can so easily dominate the image while being a small central part of it. Margaret is a strong and confident artist/woman, and this picture reflects that. 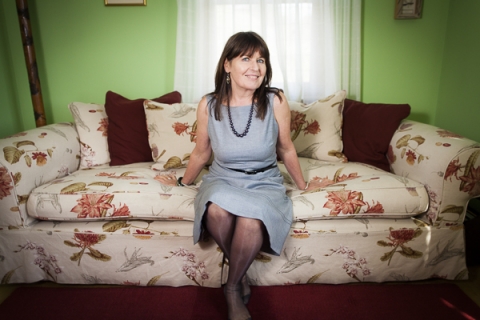 This one was more about Margaret in her favourite spot on the sofa and less about constructing an image. It has captured Margaret beautifully anyway. 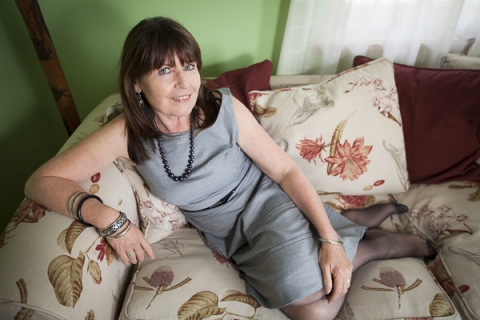 Margaret is really interesting to talk to about artistic technique, and she uses some amazing approaches to her painting to combine a “flow state”, capturing the “gestalt” outline and form, before working on the finer detail later. Margaret holds long dowels to constrain herself to that big-shaping of the work early on in a piece. Margaret also feels she has to be in the scene to catch that early outline, sometimes returning a few times to get it right. This piece is from Kilmory woods near Lochgilphead, and bowled me over with its technique ond sense of flow. You really could be drawn into the tunnel of trees. Margaret still dominates this image though, as she should, aided by the leading lines of the white mount card and the natural window light illuminating her face more than the olive background. That mix of loveliness and confidence is very apparent again here. 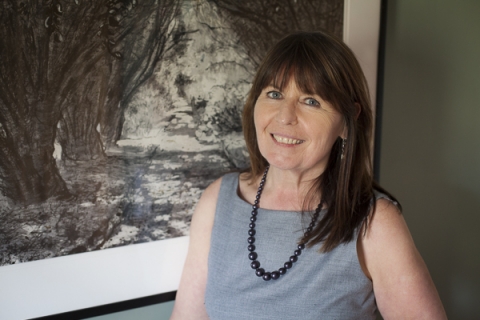 This one was a bit of a technical challenge for me, as the strong backlighting rendered Margaret too dark for my 5D’s autofocus to lock with ease. As a result there were a few wasted shots. I had remote flash and umbrella diffuser to my left filling-in Margaret’s face and it has created a strong and quirky image using the window frame and the rim-light as framing devices. The table has a lovely story as Margaret rescued it and used it for some pyrography using old irons from her and her husbands mothers’ as the shapes in the very celtic looking design. I thought it was a lovely way of making an old and tired object important and  fresh again.

I would like to try the new and inexpensive LED panel lights some time for pictures like this, as the permanent light source would aid the autofocus to work. I might buy a cheap one sometime soon to experiment. 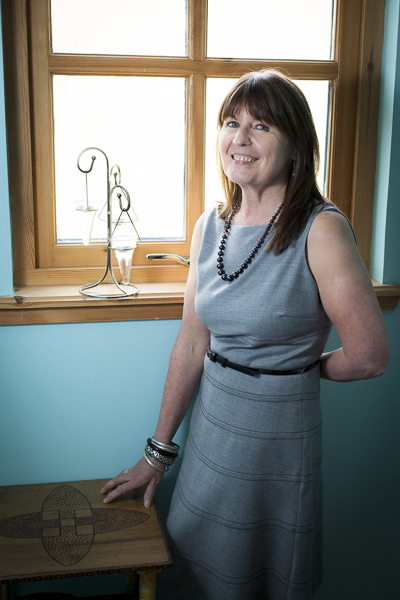 Finally one snatched as an afterthought. We had finished and Margaret was making more tea and some snacks, when some demon made me try one outdoor shot just in case. On Saturday afternoon, the sun was high, and although there was some cloud, it was harsh and facial shadows would have been brutal. A a result I preferred to enjoy the natural window light and varied backgrounds offered by the house. The sun, while still “highish”, was nothing like so harsh by this time. Margaret is an outdoor person at heart and so perhaps my demon was guilt at casting her in an indoor role! Anyway, I love the slightly windswept, natural look and enjoyed the only outing for my 70-200 f2.8 for this session. 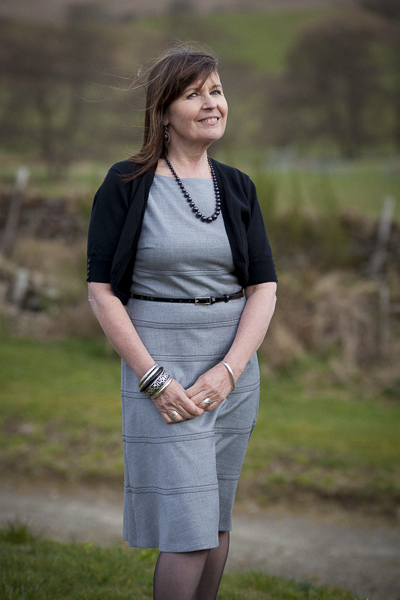 I plan to photograph Margaret again at her favourite local outdoor location when the light is more suitable so watch this space. Thanks Margaret for a really great afternoon talking art and photography.