Julie was really looking forward to baking with Hannah, so much in fact that she bought matching aprons for them both. Well, flour in, and process started! Hannah loves the hat, but wasn’t so sure about the apron until the bowl and ingredients appeared; then she got serious. 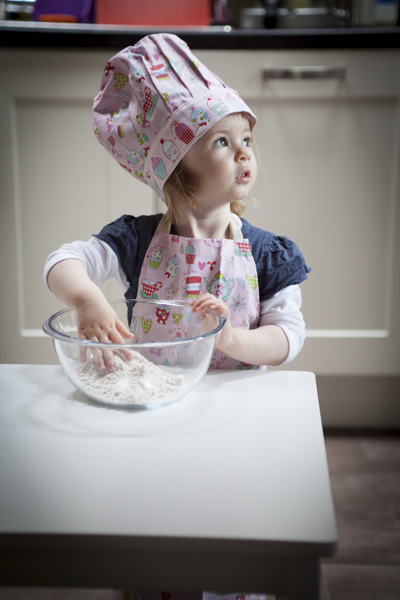 Hopefully this face-of-concentration isn’t Hannah peaking early. We would quite like that to be applied to maths’n’stuff someday too! 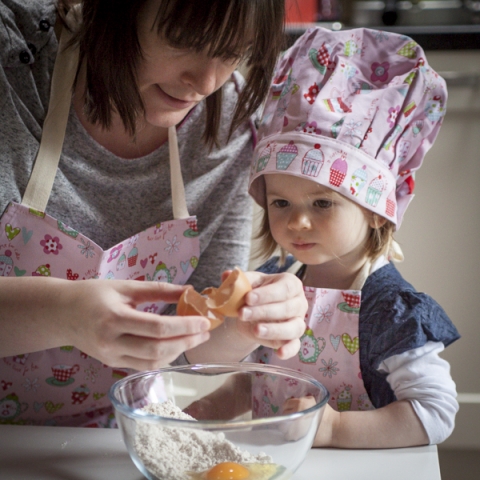 Mum’s a teacher anyway, so poor Hannah was probably getting the theory of cake firmness here as a function of water content, with just an introduction to the controversies, advantages and disadvantages of the metric versus imperial spoon! 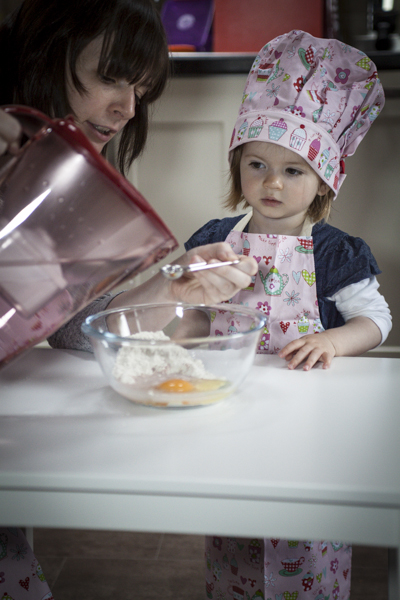 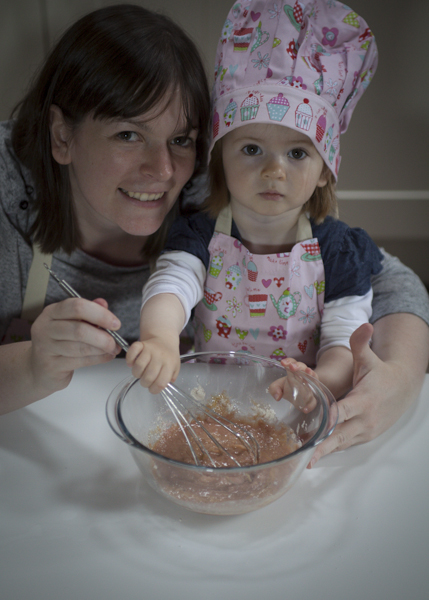 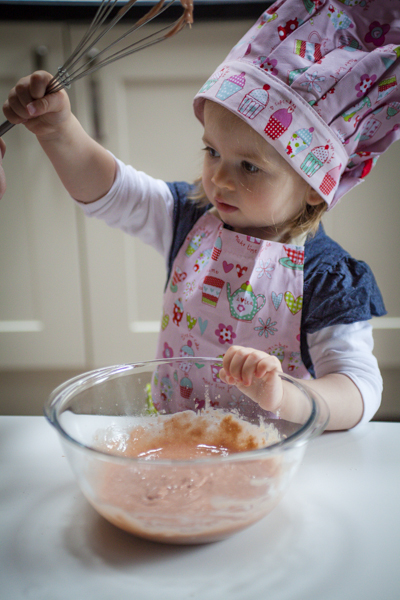 Unbelievably the mixing seemed to go well with very little mess, sadly it couldn’t continue for much longer… 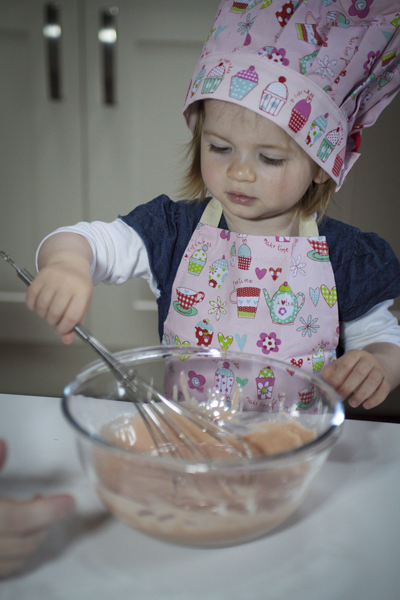 Sadly Mum had to practise an interventionist teaching approach here, while the photographer had to abandon camera and leap for the kitchen towel which was soon spinning off it’s holder. She got messy! 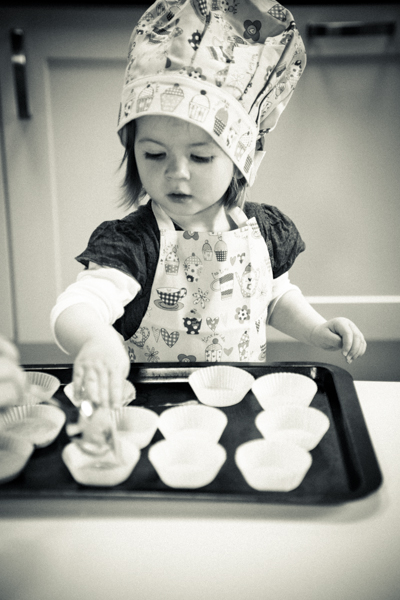 Exhaustion/boredom was now winning the day and a quick hug from Mum was essential to revive flagging spirits as the eternity of waiting for the oven was beginning to take it’s toll. 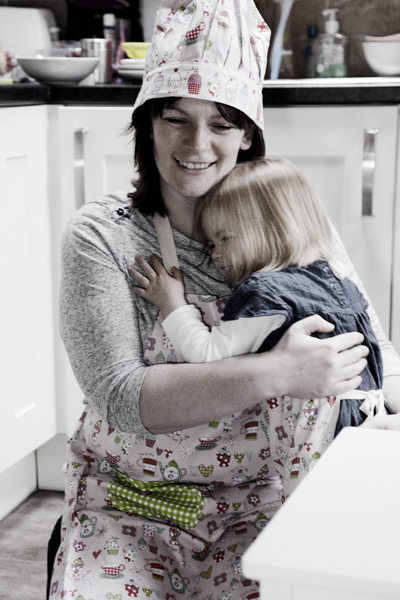 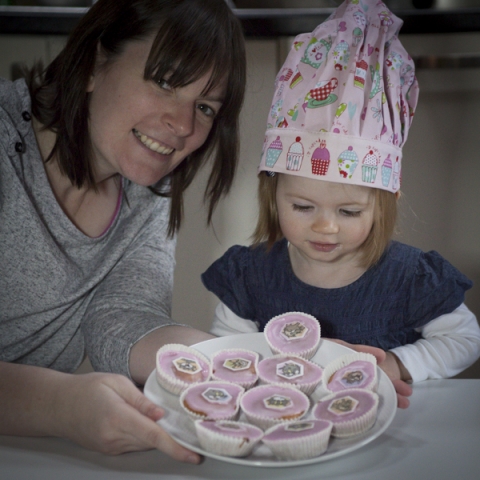 I did have a bit of a problem in that the main lighting was coming from above and behind Hannah through 2 skylight windows, and a little from her left hand side through a window. The result, not-aided by her chef’s hat, was a shadowy face. I grabbed my Ebay purchased LED light panel, (128 LED’s from memory, and less than £30), and held it in one hand low down to fill in the shadows on Hannah’s face; I’m still unsure about it’s colour temperature, but it seemed to work well as a fill-in with existing daylight. I would judge it to be a little cold, but not miles off daylight Anyway, an interesting accessory for pocket money.