sgurr nan gillean, Am Basteir and the Bruach na Frithe from Sligachan, Isle of Skye

The North Black Cuillin Ridge from Sligachan on Skye.

I have visited Skye many times when younger, but never been lucky enough to catch this classic “postcard view” from Old Sligachan Bridge with the right conditions. Well the photographic gods smiled upon me on Sunday on my first visit to Skye in about a decade. The picture is very far from original or creative, but I still loved setting up a tripod and taking it. This one was with my Sigma 10-20 f4-5.6 zoom from the riverbed below the Sligachan Bridge and using my Manfrotto 055 tripod and a 2-second shutter delay to allow the camera and shutter to settle. I simply cannot tell you how pleased I am with this landscape as a portrait photographer.
In case anyone cares, I climbed these three mountains as a younger man and can attest that they represent one of the most amazing experiences of my life. 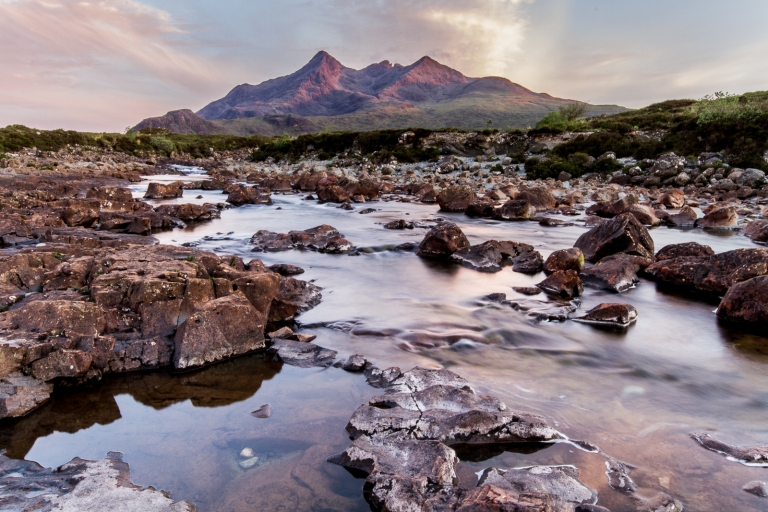 I must also say, that when I drove towards Sligachan and realised that the photograph was “on” if I was quick, I realised that I had two cameras with me, and wanted to hedge my bets a little, so I parked the car, and took my beloved Olympus OMD-10 mk2 and my trusty Canon 7D with me; what transpired is an interesting if brief photographic episode. When I walked from my car to the bridge, there was a woman taking photographs with what looked like a Canon 1D and possibly an L-lens. (This for Canon shooters is like meeting a woman driving a Ferrari when you are in a Ford, which I was as it happens); I was impressed! She told me that she, like me had never been fortunate enough to catch this view in the near perfect state that it was in, but that she had not got her tripod with her. I of course offered her the use of my tripod after I had taken my shots, which in truth would have taken no more than 5 minutes or so, but she politely declined saying that she had the wrong lens anyway. I thought she had gone and then she reappeared, so I again offered her the use of my tripod as I was more-or-less done, but she again declined. Before she left, she kindly offered me the advice that I should really stop down and use a long exposure to stop the motion in the water. It isn’t that I didn’t know that was worth trying, but I wasn’t planning to; as a result of her kind advice I tried two more exposures with f-twenty-something and ISO 100 locked in resulting in 3.5 seconds of exposure, in a bit of a wind. I’m not sure it was better, but I love that she made me try something that this portraitist wouldn’t have tried.

The first picture was using the long exposure to still the water, the second was pre-girl-on-bridge-prompting and was a smidgeon sharper overall, and showed sparkling shimmery water. I have included both. 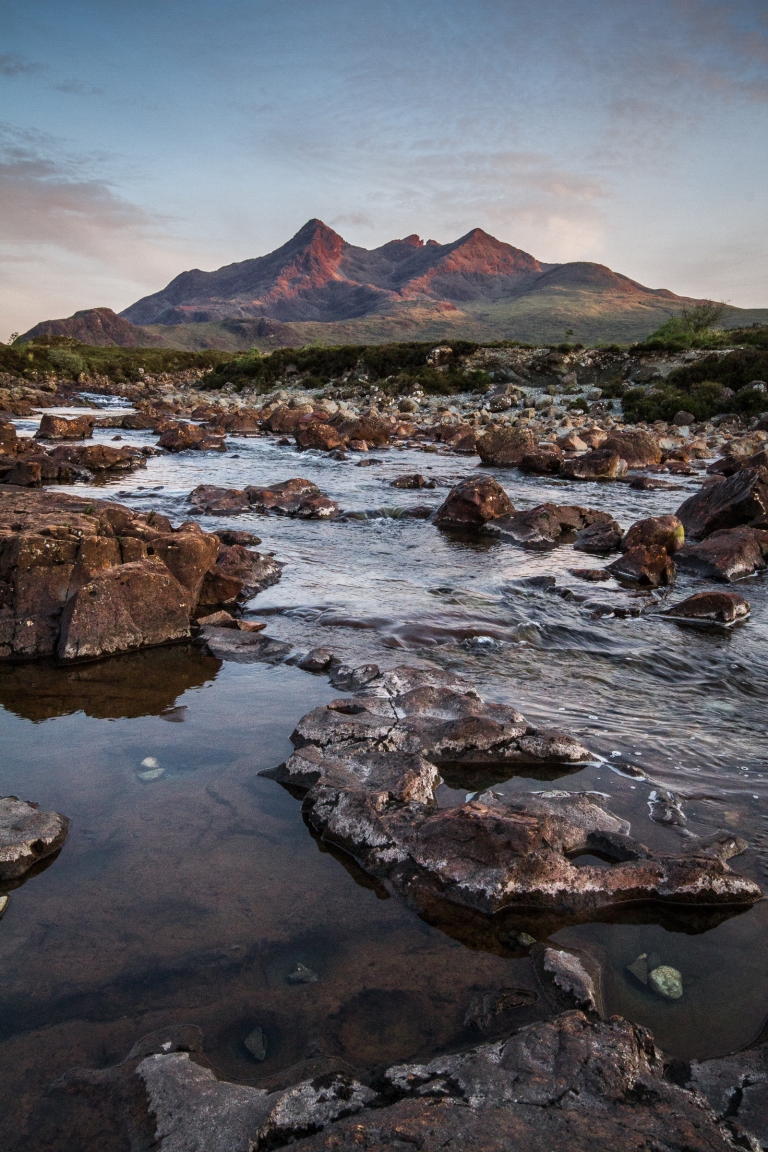 Interestingly, before I descended to the riverbed with my 7D, I took 2 shots with my beloved Olympus micro-four-thirds camera and its 35mm equivalent f1.8 prime from the bridge itself. This camera, (which I regularly rave about in this journal) has the in-body-image-stabilisation-of-god. I didn’t bother switching to my kit zoom and clip-on wider-lens, as I knew that my Canon 7D and Sigma 10-20 was the likely best-bet. Two handheld Olympus micro-four thirds shots, with my widest, but not wide enough prime lens, are included below. I then used the Canon 7D with the comfort that I had something “in the can” from the most amazing camera I have ever owned. I wonder what others think? THESE PICTURES WERE HANDHELD! SERIOUSLY! 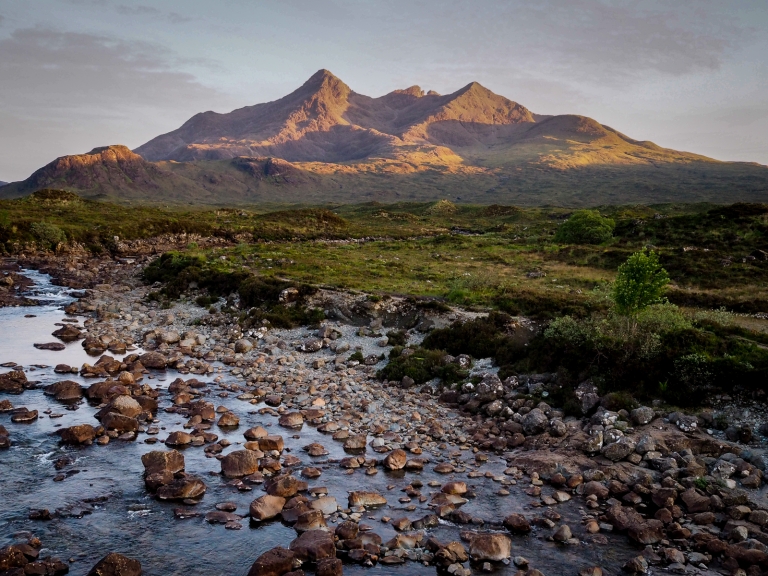 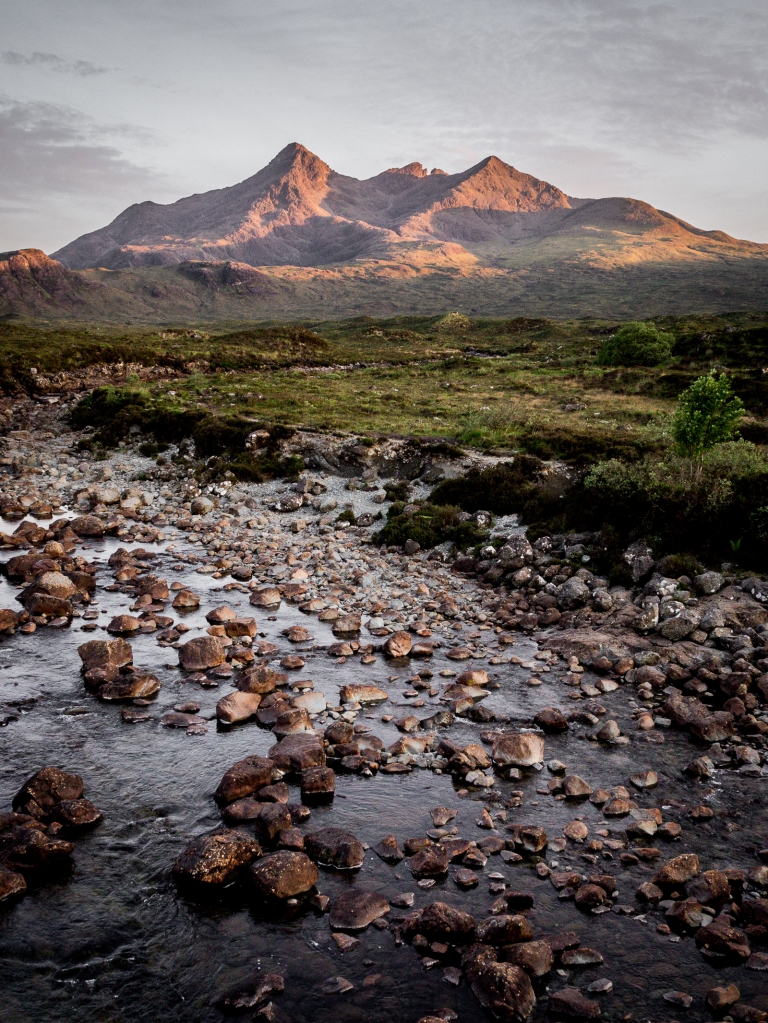 I had such fun on Sunday. Thanks to all who helped me.