Last Saturday I was at the Drymen fair in the evening to photograph my new friends the “Viper Parade” as seen in my previous post. I hoped for some lovely lighting to get some magnificent pictures; ha, the portraitists lot is never so easy:-) I believe the problem is that I haven’t actually sold my soul to the devil yet. Truth be told the devil hasn’t actually made a concrete offer, but when the time comes you can believe that permanent nice light will be my basic position soul-wise.

I started by checking my 70-300 mm lens to ensure I could get close without getting in the audience’s way. This fine waiting telecaster seemed a good victim. 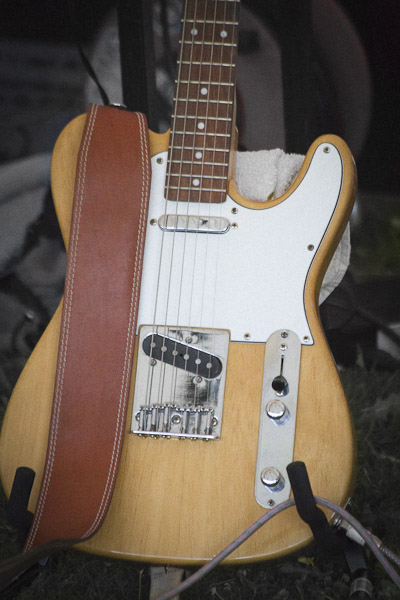 When the music started, I realised that a tent with the sun almost down but behind the band was a recipe for dark faces. 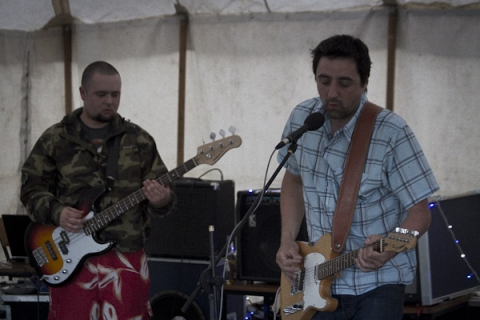 It must be further observed that the marquee was a bit stained and blotchy as well. 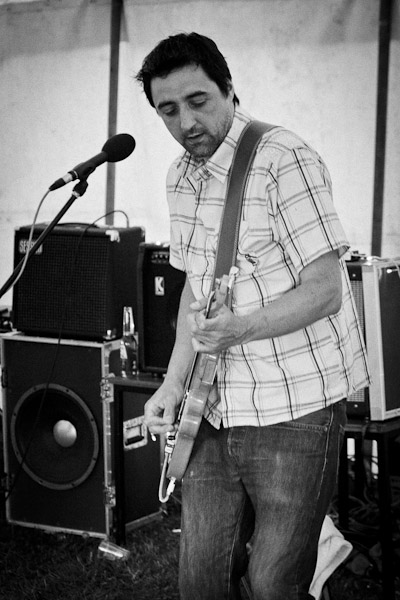 So the old black and white was largely my fall-back again to introduce some atmosphere. 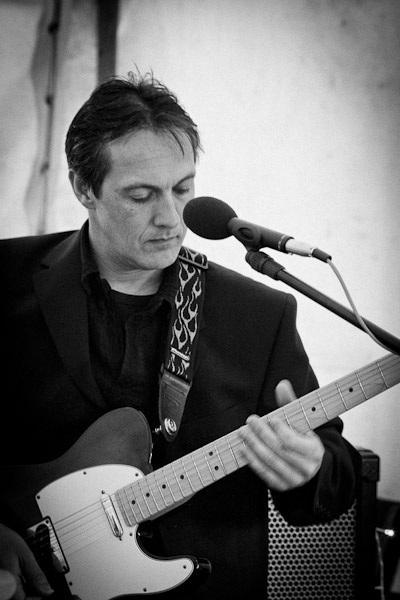 And the other last refuge of a photographic scoundrel, added grain! 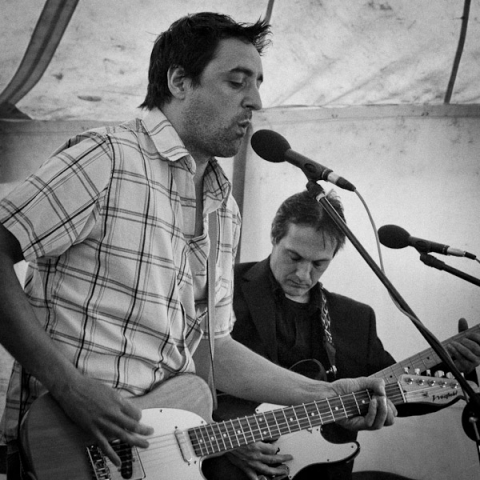 But all this is irrelevant when a jangly telecaster features in the pictures. 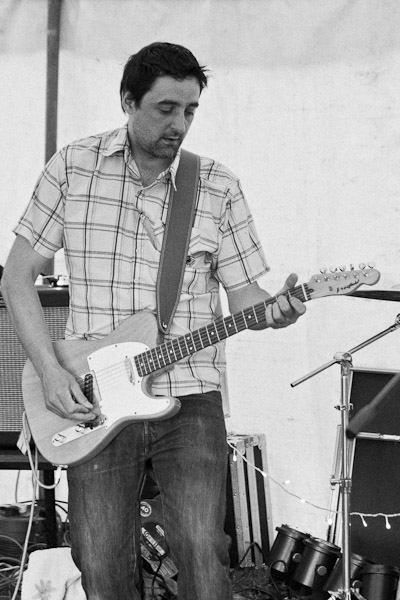 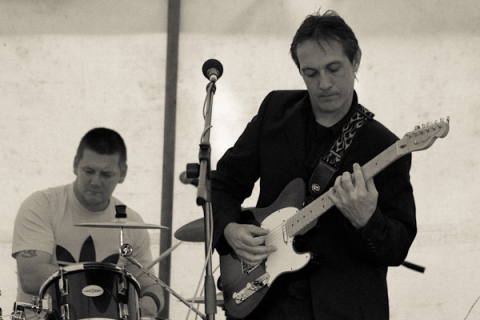 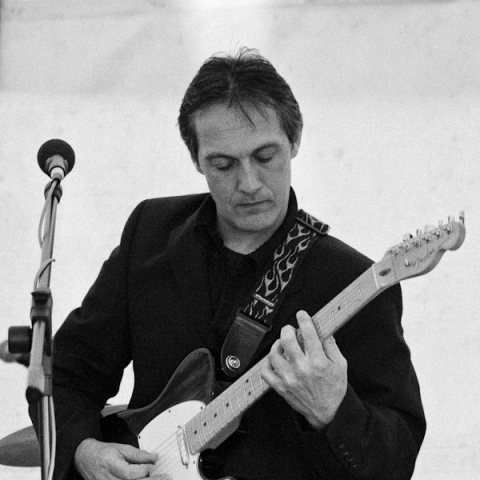 I feel sure there is a bassist in among all that camouflage. 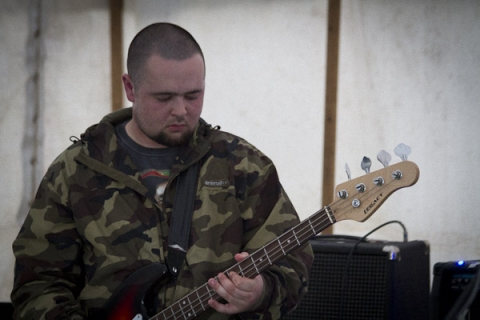 In colour this photo of the band in full flight was a mess of clashing shades, so black and white again. 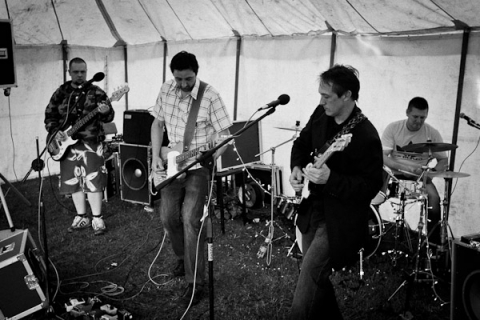 The band had a minor setback too, as the programme for the day listed them as the “Vampire Parade” instead of the actual name of the “Viper Parade”. 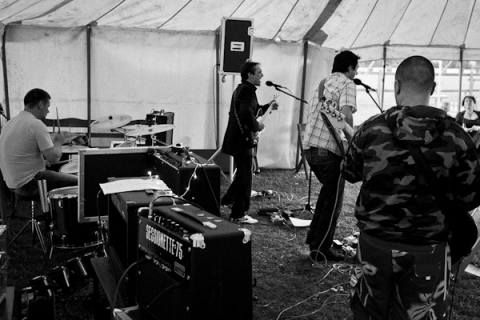 But none of this was troubling them at all. 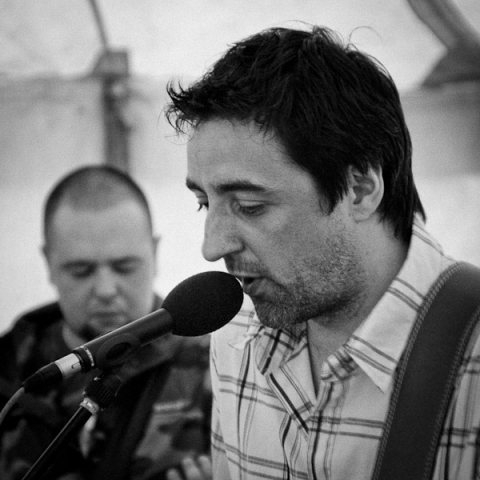 Nothing would throw “Breeks” of his stride. 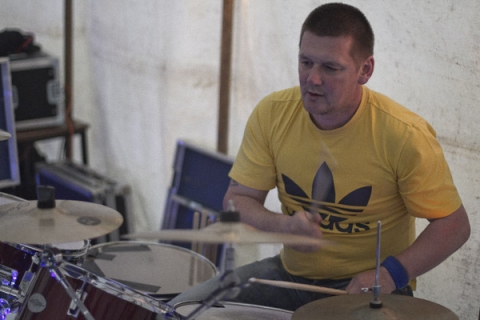 Black and white is the very thing for accentuating Mike’s manly rock and roll stubble. 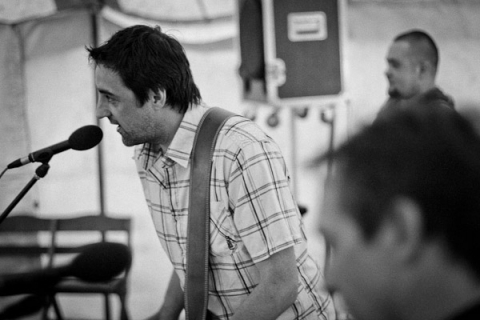 It isn’t actually known whether Mike practices the “Springsteen look”, but it’s working. 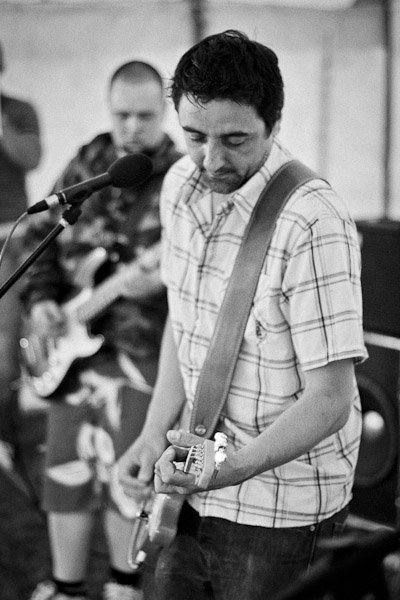 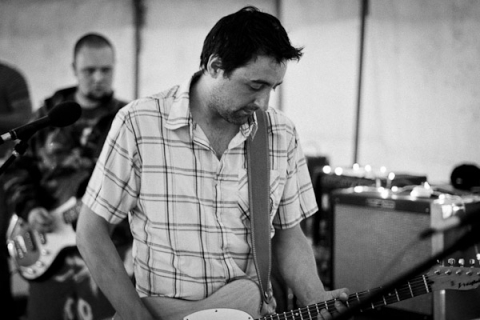 Eventually, the revellers of Drymen were infected by the vibe and took to their feet. Let the dancing begin. 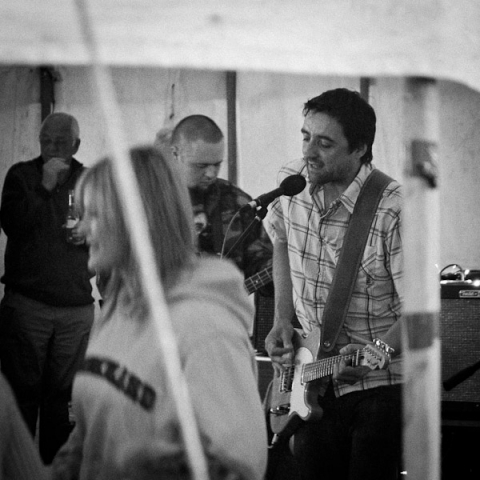 As you can tell I would have dearly liked to set up a flash or two for drama, or better still have the “Vipers” under a flashy lighting rig, but in the end thoroughly enjoyed making the best of the light that was there, and more importantly enjoying a brilliant gig. Flashy light shows regardless, they sounded tight and put on a great show.

Perhaps the devil might find me a tough proposition:-)

You must check these guys out, they have some great MP3’s on their site and some pictures from my last session with them.