Yesterday I found myself with my small child heading out to find a beach. Her kind Grandmother has taken her often to the beach and so when I make the mistake of asking HB what she wants to do, “the beach” is a scarily frequent reply.  I racked my brains to think of a nearby one with sand, and recalled one at Seamill in Ayrshire, between Largs and Ardrossan. It turns out to have been a good choice, HB approved!

So much in fact that she got straight into the Clyde to sample the seaweeds. 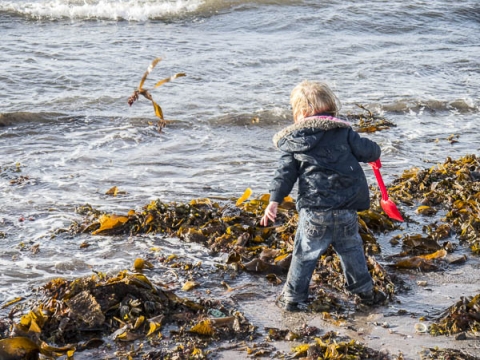 Of course, wrecking her clothes and freezing herself was not confined to your actual Firth of Clyde, no, ponds can allow good splashing too! 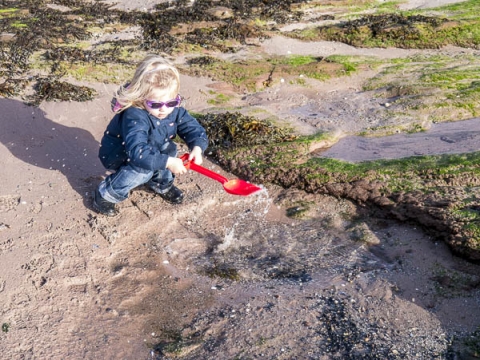 It was a very photographically challenging day, as the sun was very direct and low. it produced some horrible contrast levels on HB’s face. Pictures from behind HB were easier to get the contrast correct on. 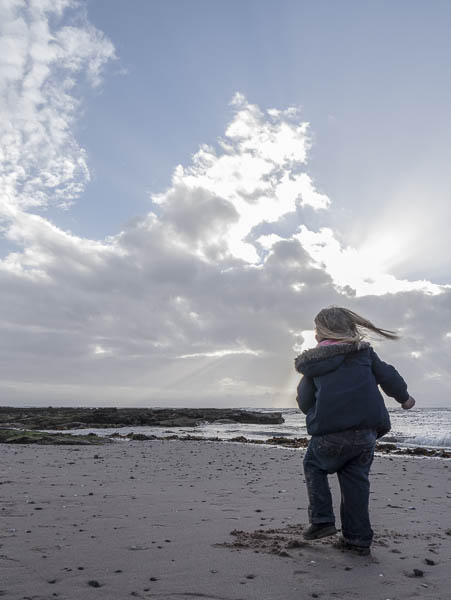 I have to tell you HB’s mum may never allow her out with me again having seen this picture. This is the same child who wouldn’t wade in on a sunny day on her first beach visit; obviously a fear that she has confronted. 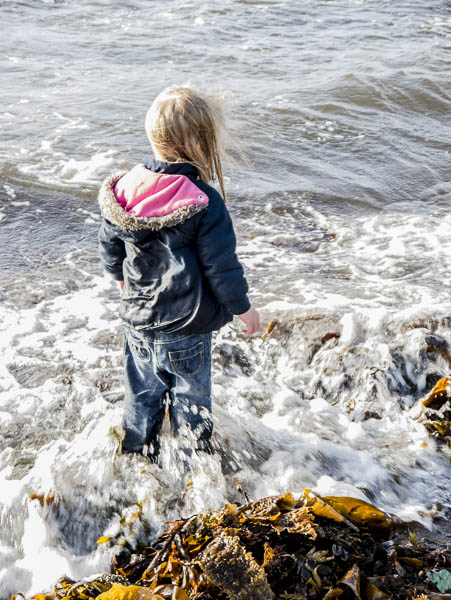 But enough of the frivolity of the watery amusements! This child came her to dig things…. 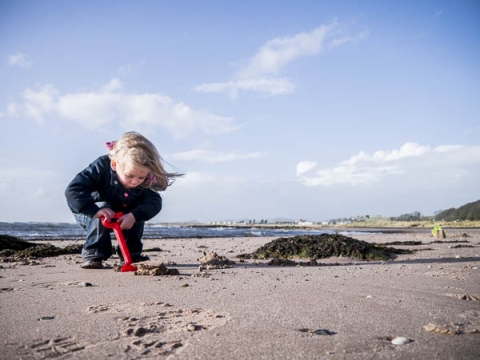 And of course to collect shells! 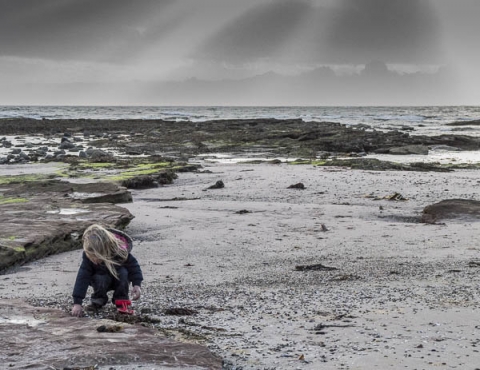 On the face of it this was a very bleak and very windswept beach, and I wasn’t sure it wouldn’t be too cold for her, but she could have spent hours contemplating the oddest little details. 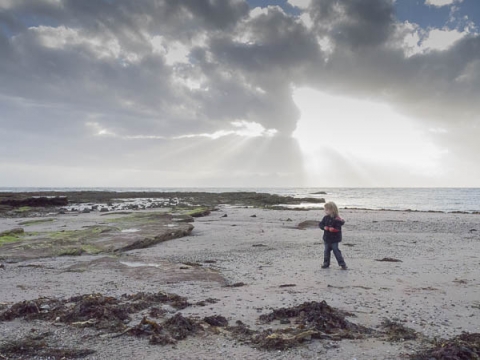 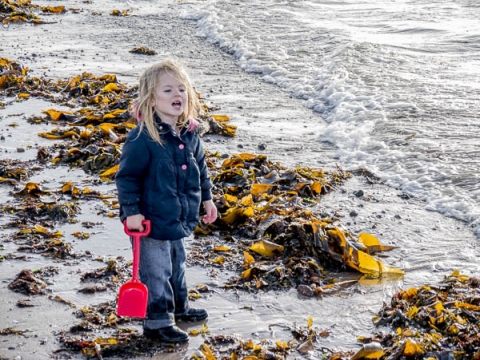 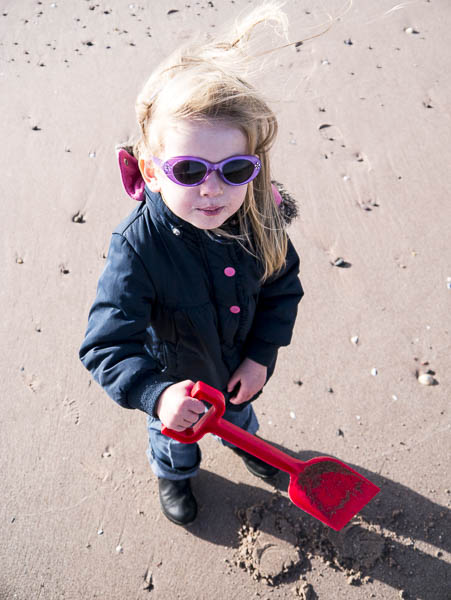 This was done with my Panasonic G3 which is so delightfully compact that I can keep it in my messenger-bag at all times. I mostly used its Electronic Viewfinder, and while it isn’t perfect, it is more than pleasant to use, even with bright direct light, (the kind that was killer to drive the car in). I find it very usable, and its handling is lovely. I must observe though that its menu is pants, I suppose I am used to the simple Canon menu system, but even allowing for that, it is horribly all over the place! The kit lens, is perfectly serviceable, but I think it lacks real magic, and I think the camera and its sensor seem capable of coping with some magic! I would really like to get a roughly standard view prime lens to live on this camera, I think it could become a go-to with some hint of bokeh available.